Melbourne-based start-up Green Distillation Technologies (GDT) has been recognised for its renewable approach to discarded truck and car tyres by being a finalist in the Edison Awards.

An Australian first, the start-up is a finalist in the ‘Resource Management or Renewable Resources’ category on the back of recycling the old tyres into saleable commodities of carbon, oil and steel.

The company currently has a pilot plant in Warren, New South Wales, which it hopes will develop to withstand 19,000 tonnes or a 658,000 mix of car and truck tyres per year. 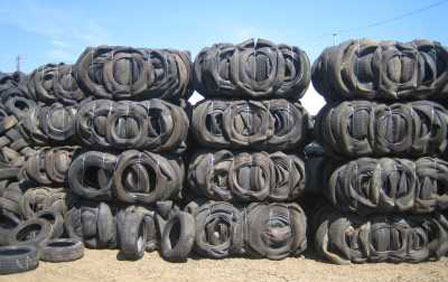 The number would represent three per cent of Australia’s end-of-life tyres and tackle an on-going environmental issue around Australia and the world.

Processing a 70kg truck tyre can yield 28kg of carbon, 15kg of steel and 27 litres of oil according to the company and its CEO, Craig Dunn, says the by-product is both financially beneficial but also extremely useful.

“We started in 2009 to prove our technology and the capability of the process, which represents the ultimate in recycling old tyres and more importantly generate a positive cash flow by selling the resulting carbon, oil and steel,” Dunn says.

“The oil produced from the GDT process can be used as a heating fuel, direct into some stationary diesel engines or is capable of further refinement into automotive or aviation fuels, while the carbon is a high grade product that can replace those sourced from fossil fuels and the steel is returned directly to tyre manufacturers for reuse.”The process is emission-free according to Dunn and the heat required for production is maintained by oil recycled previously.

“It is the only process available in Australia that remanufactures the rubber from old tyres into a different energy form as the other recycling methods merely change the shape or appearance of the rubber,” Dunn explains.

Taking its name from inventor Thomas A Edison, the awards program was founded in 1987 and this year’s winners will be announced in New York on Thursday, April 23.