THE world faces many major challenges including climate change, slow economic growth and a disproportionate reliance on mineral resources. It is becoming increasingly accepted that adopting the circular economy model could provide answers for many of these problems.

US President Barack Obama’s administration reported in June that the failure to act on climate change could cause an estimated 57,000 deaths a year in the US from poor air quality by 2100.

According to the European Union (EU), the air quality in eMalahleni (Witbank) is among the world’s dirtiest — even when compared to the likes of Beijing, where people wear face masks on the streets to protect themselves from air pollution. The eMalahleni region is home to 11 coal-fired power stations. A 12th one is being built and, when completed, the Kusile power plant will be one of the world’s largest, burning 17-million tonnes of coal a year.

We are creating an environmental debt that our children and grandchildren will need to pay. Just as you wouldn’t buy a car and expect your children or grandchildren to finance it, this debt isn’t fair. But what can be done about it? 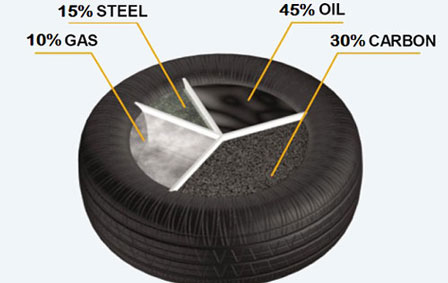 The Ellen MacArthur Foundation, the McKinsey Center for Business and Environment, and SUN (Stiftungsfonds für Umwelt?konomie und Nachhaltigkeit), recently released an international study titled Growth Within, which was the foundation for the keynote address at the EU Commission’s conference on the circular economy in June in Brussels.

According to the Ellen MacArthur Foundation, a circular economy is one that is restorative by design, and that aims to keep products, components and materials at their highest utility and value, at all times. It draws a distinction between the consumption and use of materials. The circular economy advocates the need for a “functional service” model in which retailers or manufacturers retain the ownership of their products and, where possible, act as service providers — selling the use of products, not their one-way consumption.

THIS shift has direct implications for the development of efficient and effective take-back systems and the proliferation of product-and business-model design practices that generate more durable products, facilitate disassembly and refurbishment and, where appropriate, consider product or service shifts.

The study showed, among other concerns, that “Europe’s economy remains very resource-dependent…. Proponents of a circular economy argue that it offers Europe a major opportunity to increase resource productivity, decrease resource dependence and waste, and increase employment and growth”.

This situation is not dissimilar to the challenges facing the South African market, but what is interesting is that the European market has something to learn from us. To reduce the pressure on our resources, SA has already implemented a circular economy in the tyre industry that has become a globally recognised case study.

As a result of the implementation of the Waste into Worth concept for tyre waste, the Recycling and Economic Development Initiative of SA (Redisa) was invited onto the advisory board of organisations and individuals providing input on the Growth Within study.

Although the report looked at the European economy, there are insights SA should note. According to the report, the benefits of introducing a circular economy approach in Europe are an 11% gross domestic product increase compared with 4% in the current development path by 2030.

Its adoption could lead to an increase in average disposable income for EU households by €3,000, or 11% higher than the current development path. And there could be a 48% reduction of CO? emissions by 2030 across the three study sectors, or 83% by 2050.

For example, in cement kilns waste tyres can be substituted for up to 20% of current coal usage, which in SA could mean replacing tens of thousands of tonnes of coal. This equates to reduced reliance on coal (less demand for mining coal), reduced net carbon emissions and reduced air pollution (as in the correct controlled environment, tyres burn cleaner than coal). Ultimately, cost savings for the cement companies are passed to the consumer.

PPC De Hoek, Natal Portland Cement, AfriSam and La Farge are already doing this and realising the benefits. But what about increasing employment and growth?

IN SA, the tyre industry has been a pilot project for circular economy development. Tyres are unusual since the collection points where waste arises are mostly known because tyres are mostly exchanged at dealerships, not at homes. This eases the “first mile” collection task.

The Integrated Industry Waste Tyre Management Plan was developed to fulfil a mandate of job creation and to bring order to SA’s recycling of tyres, a market that was processing only 10,000 tonnes of tyres each year of the 240,000 tonnes sold.

In two years, this project has resulted in more than 2,000 new jobs and more than 190 small-, medium-and micro-enterprises developed and supported — tangible proof that where some see waste, others see opportunity.

The challenge is that generally, big business struggles to find a balance between reducing carbon emissions and protecting the environment, while driving a positive effect on the bottom line.

Although interest in the circular economy approach is growing, it is happening slowly. If it is to become widespread, we must consider all industries to see how, through innovation and co-operation, we can double our efforts.