Increased co-operation between recyclers and tyre producers is needed to solve the short-, medium- and long-term problems endangering a sound economic environment for the tyre recycling industry, was a the consensus at a round table discussion at the Bureau of International Recycling Convention in Prague.

Summarising proceedings, Ruud Burlet,BIR Tyres committee chairman said that several new opportunities for the recycling industry would be missed in the future if this level of co-operation and communication were not maintained and developed.

Fazilet Cinaralp, secretary general of the European Tyre and Rubber Manufacturers’ Association (ETRMA) added: “We need to move away from ‘waste’ and to become a product,” she told the meeting in Prague. 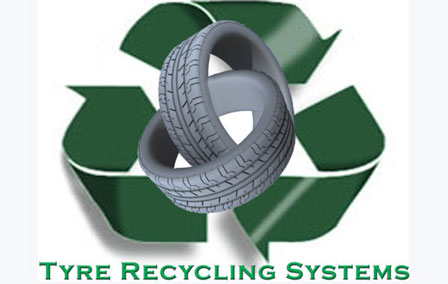 According to Cinaralp it is important to support the development of new markets for secondary raw materials, such as by designing mandatory “green” public procurement schemes and by granting EU-harmonised end-of-waste criteria for materials derived from end-of-life tyres (ELTs).

She went on to call for the maintenance of a balanced portfolio of possible recovery technologies and for further co-operation on standardisation activities for ELT-derived materials.

In reviewing some of the established markets for these materials, Cinaralp warned of the potentially adverse impact of European regulation 1272/2013 scheduled to come into force this December.

Under this legislation, it will no longer be possible to manufacture or market within the EU any consumer products with a polycyclic aromatic hydrocarbon (PAH) content above a certain threshold. According to Cinaralp, the new limits would apply to the infill for artificial turf, a market that accounts for around 30% of Europe’s ELT-derived granulate/powder.

“We have some legitimate concerns.” However, she also insisted that there were no significant health effects to be expected from playing on ELT-derived synthetic turfs/shock-absorbing surfaces,” she concluded, having also noted that some 1.1 million tonnes of Europe’s ELTs go into the manufacture of this infill.

Fellow speaker, Dr Valerie Shulman, secretary general of the European Tyre Recycling Association (ETRA), added that some 81% of the 3.2 million tonnes of tyres arising last year in the EU-28 (plus Norway) were treated “in a sustainable manner”, with almost equal volumes going for material recycling as for energy recovery.

The percentage was said to be significantly lower than in 2013, mainly because of a sharp reduction in tyres channelled into retreading.

Dr Shulman went on to argue that recyclers were “disappointed” by the limited government support available in terms of finance, incentives and “green” public procurement, as well as by the significant proportion of legislation that “appears to be somewhat outdated”.

Also up for discussion were the pros and cons of various processing options for ELTs. Dr Wilma Dierkes, associate professor of elastomer technology and engineering at the University of Twente in the Netherlands. Grinding offered “rather limited” applications, noted that pyrolysis required long residence times and high levels of investment.

“I think we should concentrate on devulcanisation because then you can get it back into tyres,”she asserted.

Dierkes went on to outline a project conducted with Dutch ELT management body RecyBEM which has focused on scaling-up the continuous devulcanisation of tyre polymer SBR in an extruder under protective atmosphere and with intensive cooling of the “devulcanizate”.

Results to date were “quite promising”, she told delegates.