The scientists from Chernivtsi devised a method of making use of worn automobile tyres as raw material for the production of alternative fuel.

Associate professor of Chernivtsi National University, Master of Science, Sergey Boruk informed that the team under his direction developed a technology of profound processing of polymer wastes based on the process of pyrolysis. It permits to receive liquid and gaseous fuel from rubber wastes and from wood processing industry wastes. 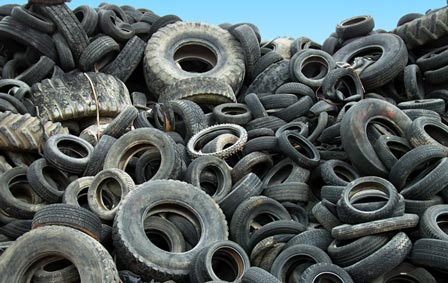 The processing process consists in heating of the raw material being placed in anoxic environment, as a result there occurs a stepwise decomposition of starting material into solid, liquid and gaseous products. Henceforth gas is used for supporting the device functioning, while the liquid product can be used as alternative fuel.

According to the declarations of the developers, their project differs advantageously from a classic method of pyrolysis by a lower degree of ecologically dangerous emissions. By now, the experimental plant withstood all the tests, in the process of which about 200 liters of alternative fuel were produced.