The Benton County Solid Waste District Board voted Friday to end a contract for handling waste tires and take control of the operation locally.

The board voted to end a contract with the West River Solid Waste District as of Dec. 31, and to have Benton County-owned equipment and vehicles used in the operation returned. Wendy Cravens, district manager, said the West River District has been unable to handle the volume produced in Benton County. Trailers for waste tires sit full at Benton County locations for weeks without being picked up, she said.

“We have had extreme difficulties, especially in the last six months, with having trailers that are full not being removed and replaced with empty trailers,” Cravens said.

The Clarksville-based West River District and Benton County entered into an agreement in 2011 for West River to take the tires collected in Benton County, Cravens said. The West River Solid Waste District planned to process the rubber for a variety of uses, but the plans haven’t panned out. 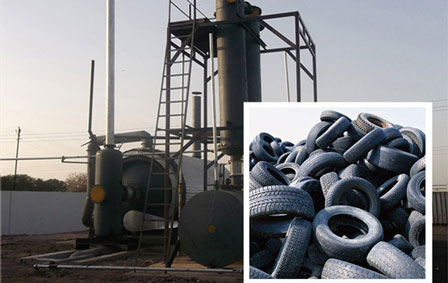 Benton County can dispose of used tires it collects in Oklahoma and Kansas, Cravens said. Part of the motivation for entering into the initial contract with West River was Oklahoma vendors were having difficulties handling the volume of out-of-state tires. Oklahoma also was making changes in its regulations for handling waste tires. The situation in Oklahoma is more favorable now, Cravens said.

“They have made some changes regarding the ability to take out-of-state tires and they’ve made some improvements to their infrastructure,” she said.

There also are vendors in Kansas that will take waste tires, but some of those send tires to landfills. The district prefers businesses that recycle or reuse tires, Cravens said.

“We are always trying to recycle and landfill only as a last resort,” she said.

Mayor Jackie Crabtree of Pea Ridge, chairman of the district board, obtained approval from the board for he and Cravens to end the contract with West River and to enter into any contracts needed for Benton County to resume operating the tire disposal program.

The board also discussed a pilot program planned jointly by the district and Benton County to promote using convenience centers to help residents dispose of household hazardous waste, appliances, scrap metal, bulky items such as furniture and household electronics.

The county will pay the cost of an additional employee needed to help the district operate two satellite convenience centers, one in Rogers and one in Siloam Springs. The program is to begin in 2016.

County officials have said if it’s successful they may cut one of the two annual countywide cleanup days, which are growing in cost as more people make use of them and bring more household hazardous material that county employees cannot process or transport.