Environment Minister Nick Smith is offering funding grants for new ideas to recycle about three million old tyres each year that currently end up at the landfill or illegally dumped.

Dr Smith said New Zealand went through about four million tyres each year and while one million were re-exported for recycling or waste energy the remaining three million either ended up in landfills or were dumped.

“New Zealand’s current management of waste tyres does not match up with our clean, green brand. Too many end up in rivers and on the coast, or unwanted stockpiles posing a fire risk.”He said the tyre industry wanted a compulsory collection system and prohibition on tyres going to landfills. 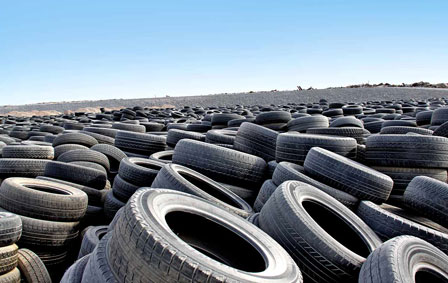 “The problem is identifying alternative uses. The markets for recycled rubber products like mats and artificial turfs are limited.”He said more ways needed to be found to use old tyres.

“Possible alternatives including using the tyres as a source of fuel in cement kilns and power stations.”He said this round of funding for the Waste Minimisation Fund was focused on end-of-life tyres. The fund was set up in 2009 and paid for from the levies on waste at landfills. Applications close on November 11.

Mark Gilbert, the chair of Auto Stewardship NZ, said the tyre industry had recommended the Government regulate for mandatory stewardship for old tyres to ensure they were collected and disposed of properly.

“Instead of them being dumped on wasteland or forecourts, there would be a process where you could take the tyres and they would be handled and recycled and managed through a whole process rather than the indiscriminate approach we have now.”Forms of stewardship are used overseas and many include a levy on new tyres to help pay for the cost of disposing of the old ones.

The Tyrewise Project, which was funded by the Ministry for the Environment in 2012 and included representatives from the tyre and motorvehicle industries, motorist groups and local government, backed a mandatory programme but Mr Gilbert said Dr Smith and the ministry were lukewarm on the idea.

He said the Government had signalled its preference for the industry to self-regulate and while voluntary stewardship was an option, it could be undermined by “free-riders” in the industry who did not take part. He had written to Dr Smith but was yet to receive a response.

Mr Gilbert said the announcement of funding grants for ideas on other uses for recycled old tyres was not the answer the group was looking for, but he did not know whether Dr Smith was still considering taking further steps.