Approved in the Assembly June 3, AB 1239 would establish a Tire Recycling Incentive Program in California, according to the bill summary on the Assembly website. 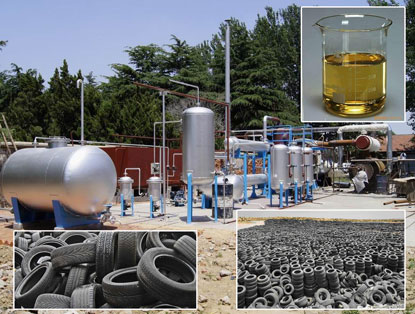 TRIP would be administered by the California Department of Resources Recycling and Recovery (CalRecycle) and award payments to eligible recipients, including:

State and local government agencies, including regional park districts, to fund disability access projects at parks and bikeways; and

AB 1239 would require CalRecycle to award $2 per 12 pounds of crumb rubber used by each eligible recipient, and also to allocate $30 million annually for TRIP until the California scrap tire recycling fee on new tires falls below $1.75.

The bill would also require tire retailers in the state to pay a tire regulatory fee to be determined by CalRecycle to reimburse the agency for its administrative costs and regulatory activities. The fee would not exceed $1.25 per tire sold, according to the analysis.

“Once the subsidies go away, the scrap tire market collapses,” Zielinski said. “Also, the bill gives money to CalRecycle, and it already has a surplus of money.”

Terry Levielle, legislative representative for the CTDA, said his organization opposes the fees. But that portion of the bill has been in flux, with different formulas as to who pays for what, he said.

Leveille asked the CTDA membership to hold off writing their legislators about the bill until its fate and content are more certain, he said. AB 1239 has been passed to the California Senate and assigned to the Senate Committee on Environmental Quality, but it is possible the committee will delay acting on the bill until the second year of the current legislative session.

“Making this a two-year bill would be the best thing,” Leveille said.