Tasmanian trucking operators may soon have a new alternative for disposing old tyres with an $8.5 million recycling plant to be constructed by Green Distillation Technologies (GDT) in the state.

The Longford facility will operate continuously from its predicted launch in June next year reducing 658,000 car and truck tyres annually into saleable commodities of carbon, oil and steel. 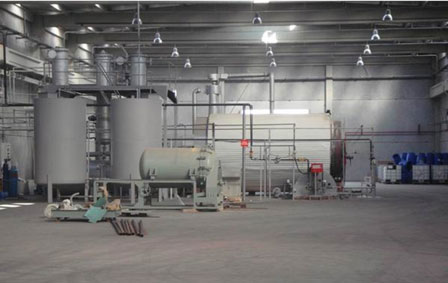 It will be the second such facility for the company after opening a pilot processing plant in Warren, western New South Wales in 2009.

The Warren plant is currently undergoing an $8 million upgrade to be able to recycle approximately three per cent of the 24 million tyres discarded in Australia each year, equating to 19,000 tonnes.

According to the company up to 500,000 tyres are generated in Tasmania annually and, as its facility will be able match the NSW numbers, it has already stockpiled 1.3 million tyres at the Longford site.

However, funding the facility is an issue, GDT CEO Craig Dunn says, but he is confident that once the Warren facility is operational it could fund the Longford plant itself.

“We are open to discussing any investment initiatives from Tasmanian interests, but if that is not forthcoming we believe we will be in a position to cover all the costs ourselves,” Dunn says.

The finances of which stem from selling the oil, carbon and steel and a proportion of a recycling fee motorists pay to the tyre reseller at the time of purchase.

“The oil produced from the GDT process can be used as a heating fuel, direct into some stationary diesel engines or is capable of further refinement into automotive or aviation fuels, while the carbon is a high grade product that can replace those sourced from fossil fuels and the steel is returned directly to tyre manufacturers for reuse,” Dunn says.

“The process is not only emission free but the recycled oil is used as the heat source for the production process.

“It is the only process available in the world that remanufactures the rubber from old tyres into a different energy form as the other recycling methods merely change the shape or appearance of the rubber.”

The local company will begin building the facility in mid-November and plans to build six more plants across Australia.

GDT was recognised in April for its renewable approach to discarded truck and car tyres by being a finalist in the Edison Awards.