A PROJECT to turn old car tyres into diesel ino the Clarence Valley has hit a speed bump.

South Grafton businessman Jason Chellew and former State MP Steve Cansdell have been working for more than a year to bring a tyre pyrolysis plant to the region.

Mr Cansdell, who is the sales manager for Mr Chellew’s South Grafton-based business JMJ Products, said a technical hitch has put their plans on hold for at least a year. 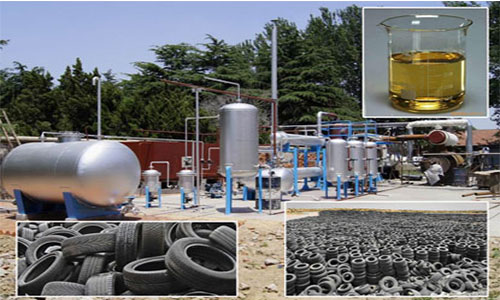 He said changes to the laws controlling the chemical composition of the oils produced in the process were the main problem holding back the project.

“The quality of shipping oil is about to be changed to the same as trucking diesel,” Mr Cansdell said.

“The levels of chemicals, like sulphur, are too high. If we start producing it now, we won’t have a market for it.”

Mr Cansdell is confident the industry will solve the problem in the near future.

“There are a number of big players in the industry and they’re close to developing a technology that will get around this problem,” he said.

“We’ve done the research. We’re in a position to hit the ground running when the technology becomes available.”

Mr Cansdell said converting tyres into fuel oil and other products, including carbon black and activated carbon, was important for the environment.

“The number of disused car tyres out there is the elephant in the room,” he said.

“There’s 50 million of them wasted in Australia every year and apart from a small amount exported to Vietnam, they’re just left in landfill.”

The project has a development application for a plant at Koolkhan with Clarence Valley Council.