When you buy a tire in California, you pay a $1.75 fee, and $1.00 of that goes into a state tire recycling management fund, but NBC 7 Investigates found tires are not recycled with state funds earmarked for that purpose.

Last week, a state Assembly budget subcommittee approved a pilot project to allow CalRecycle to give money to outside agencies, including nonprofits, that could clean up tires which have ended up on both sides of the border. 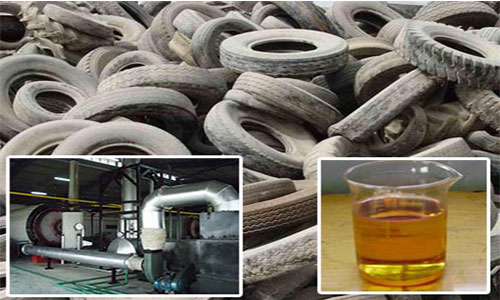 The Assembly Committee for Environmental Safety and Toxic Materials traveled to the Tijuana River Estuary Thursday to dig into specifics and better grasp the problem. Thousands of tires pollute the Tijuana River Valley, washing across the border from Mexico.

“This is a problem that goes back 15 years, and really it’s time to deal with it because now we are in emergency mode,” said Fay Crevoshay with WiLDCOAST, an environmental nonprofit.

Crevoshay said the problem starts on this side of the border.

When you buy a tire, your old one could be sold to haulers who are permitted by the state to drive it to the U.S. Mexico border and sell it to one of thousands of llanterias or tire stores that line the streets of Tijuana. Fernando Raul Flores Reyes, who owns one such llanteria in Tijuana, said all of the tires come from the U.S.

“Those are in the Centros de Acopios. How many do we have in the border? In those illegal dumps? We don’t know. That’s part of the challenge there,” said Baja California’s Secretary of the Environment Carlos Graizbord.

Graizbord estimates that number is more like four million tires a year.

CalRecycle’s Mark Oldfield said his agency doesn’t control international commerce and does not have the authority to change the situation.

The tire fund can’t be spent cleaning up tires that are dumped across the border in Mexico, he said, until they wash back here into the south San Diego and Imperial Beach areas.

“Where can you spend a California fee? Well, you have to spend it in California,” Oldfield said.

For decades, nonprofits have been asking CalRecycle to spend money cleaning up tires in Mexico, where they say it’s cheaper. To clean up 2,000 tires, it costs about $30,000 in Tijuana, compared to $2 million just across the border.

Under the proposed program, CalRecycle would give some of their fund to a third party organization to do the work in Mexico. The secretary of the environment for Baja is pledging funds from Mexico’s budget for cleanup as well if the plan goes through.

“Working on border water quality and environmental mitigation is extremely important to me as we search for long-term solutions to address the problem of trash and other pollutants flowing into the Tijuana River,” read a statement from Assembly Speaker Toni Atkins’ office.

The program still needs to be ratified by the full state Assembly, Senate and governor.

In a previous interview with NBC 7, a CalRecycle representative said such a plan, which was hypothetical at the time of the interview, of granting taxpayer money to outside nonprofits for use outside of the country would possibly need legal review.

CalRecycle sent the following statement Friday about the idea:

“CalRecycle, and the Administration, remain committed to work with the speaker’s office, the Legislature, our counterparts in the Mexican government and other stakeholders to address the pressing environmental and public health and safety issue of solid waste, including tires, in the border region,” the statement read. “We need to work together to accomplish both short term results and lasting, sustainable solutions to assist the region in developing programs and infrastructure to manage this problem.”