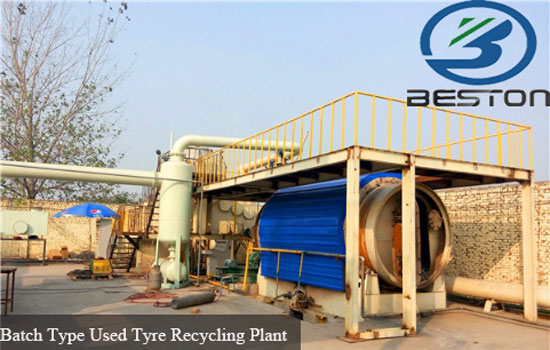 Bangladesh is producing around 18,144,000 liters of industrial fuel per year, worth US$ 9,072,000 to substitute furnace oil or industrial diesel by adopting pyrolysis technology to recycle around 50,400 tons of hazardous waste tires. Besides, 75 per cent toxic chemical, such as, cyanide, carbon monoxide, sulphur dioxide and products of butadiene and styrene emission in the air is reduced by using pyrolysis process rather than burning tires in the brick field or open air. The economy of Bangladesh is growing and thus there is a huge demand for energy along with raw materials, such as, carbon black and steel to enhance industrialization. Waste tire is one of the key solutions for both power and raw materials. Experts say, using industrial fuel manufactured from waste tires produces lightly higher energy as burning oil, but 25 per cent more energy than burning coal.

By understanding the demand for energy and pollution-ree environment, the entrepreneurs of Bangladesh are exploring the potentials of waste management system. By their very nature, tires are difficult to dispose of without the help of proper technology. “To minimize the damage, until now 35 tires recycling equipment are in operation in Bangladesh and more are expected to be launched that will mainly use pyrolysis technology, where yearly minimum 63,000 tons of used tires can be recycled,” Executive Director M.H Morshed of Advance Renewable Energy Industry (based in Noakhali) said. According to this technology, instead of burning the tires, they are roasted at a lower temperature in an atmosphere devoid of oxygen, so that no actual burning occurs. By using pyrolysis, the tires are broken down into their four basic components: (i) oil (substitute of furnished and diesel fuel), (ii) carbon black, (iii) steel, and (iv) gas. 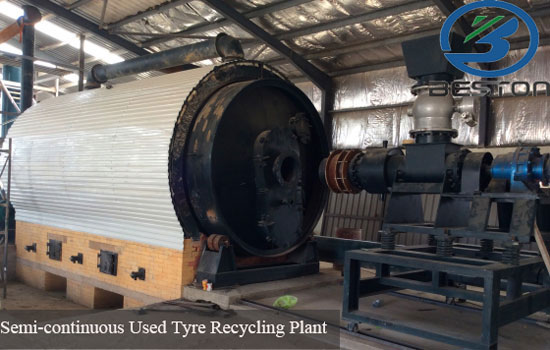 Day by day, industries are showing greater interest to use pyrolysis oil and other by-products of the recycling plants as fuel and industrial materials are price competitive as well as tire recycling contributes to reduce pollution.

After the liberation in 1971 the country was facing challenges to adopt waste management system to ensure sustainable economic growth by safeguarding environment. Wastes were not disposed properly and general wastes were often mixed with hazardous wastes such as scrap tires.

It is estimated that around 1.0 billion scrap tires are produced every year all over the world, out of which around 150,000 tons are produced by Bangladesh. A large quantity of the used tires is being randomly burnt as fuel throughout Bangladesh in the brick field, in road construction and other industrial purposes. Hundreds of different toxic pollutants are created by burning tires as well as an enormous number of small particles that settle deep in the lungs. People of Bangladesh, especially children, are at high risk and have been suffering from different diseases due to heavy air, soil, and water pollution. The toxic smoke emanating from the industries not only affects people, but also damages crops and trees. Moreover, the dumped unwanted tires without proper management on the ground and water sources have become a serious threat to agriculture sector as well. 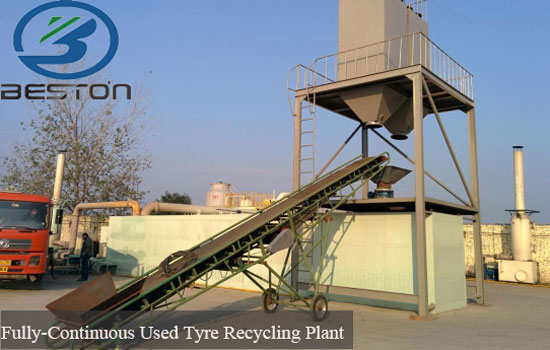 Tires are among the largest and most problematic sources of waste. Due to the large volume produced, their durability, and the fact that they contain a number of hazardous components, they should not be ignored. There is no other option except recycling the used tires to reduce environmental damage. One interesting fact is that the external energy requirement to operate the pyrolysis reactor is very limited as it produces gas at the time of recycling waste tires and uses the gas to power itself. The entrepreneurs of the pyrolysis industry have lofty ideas. To ensure the sustainability, optimum growth and full capacity utilization of the pyrolysis plants for waste management, the entrepreneurs are expecting further support from the government to grow and flourish.