Everything tends to be bigger in Texas, and that’s particularly true of what’s being called by its operator the world’s largest tire recycling plant, which opened recently in Houston.

Texas residents probably don’t spend much time considering what happens to the millions of worn-out car and truck tires that are discarded throughout the state each year.

But they can leave those thoughts to Genan Inc., the company operating the $140 million Houston recycling facility that deals with tires put out of service in the Lonestar State. 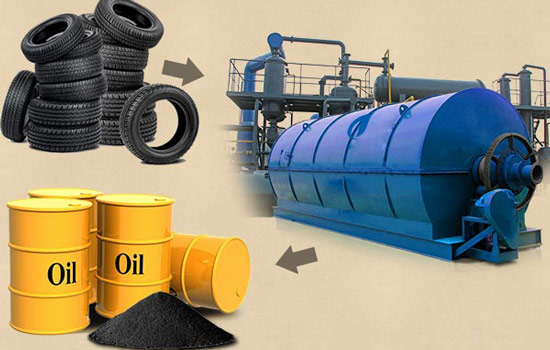 The company, a subsidiary of Genan Business & Development A/S of Denmark, claims it has found a way to make the tire recycling business profitable by recycling used tires and converting them into regenerated rubber powder and steel.

The parent firm has grown its recycling business throughout Europe over the last two decades.

It has four plants spread around Europe, each of which recycles about 7 million tires annually.

Then in 2011, Genan began to set up tire recycling plants in the U.S. Today the company’s American presence includes four sales and distribution locations throughout the country.

Genan began managing full production in May at the plant that sits on 40 acres of land in northeast Houston. Built over the last two years, the Houston operation will have the capability to recycle about 10 million tires a year — about a third of all the used tires in Texas.

It employs 60 workers in a variety of roles, and the company said it expects modest employee growth in the next few years.

The Houston plant is serving as Genan’s U.S. headquarters, said CEO Thomas Pash in a statement.

While new jobs and operations may be added to the facility, it won’t be the firm’s lone U.S. presence — Mr. Pash said Genan hopes to open at least four more recycling plants in the next few years.

Houston was selected for the company’s first U.S.-based plant because of the good availability of scrap tire supplies as well as the business-friendly environment in the state, said Lars Raahauge, director of business development for Genan Business & Development A.S.

There is the potential for expansion in other parts of the U.S. as well.

“We are currently performing due diligence on a number of states across the country,” Mr. Raahauge said.

“Exact locations will depend on the long-term reliability of available tire supplies as well as a business setting, and a regulatory approach that is compatible with our environmentally and climate friendly tire recycling concept.”

The emphasis on tire recycling is based in part on a production method Genan has developed that allows it to recycle tires in a more efficient way, he said.

With tires constructed mainly of rubber and steel — generally about 90 percent of a tire is made of these two raw materials — the ability to recycle those two items in particular is significant.

The firm’s stated goal for the Houston plant is to be producing within 24 months a line of very fine cryogenic rubber powder and a technologically unique de-vulcanization line for the production of rubber, which will be able to substitute virgin rubber compounds.

These products can be used in a variety of applications. The steel for example can be sold as scrap to a number of companies worldwide that have a use for such materials. And this production process has allowed Genan to obtain what Mr. Raahauge refers to as “near virgin” rubber.

Genan is a supplier of recycled materials to the rubber industry, he added, and does not manufacture finished products.

Houston officials have indicated that Genan plans to work with local and state policymakers to encourage more tire recycling as well as the use of more rubberized asphalt in roads.