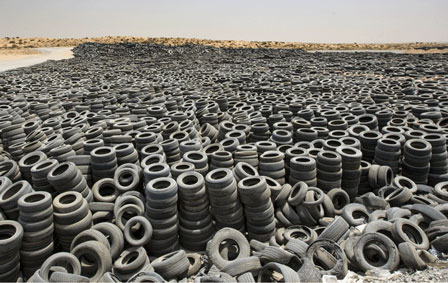 China has become a major player in the world’s tire industry, but retreaded tires only take up 5 percent of its total tire production, compared to a rate of 10 percent in most developed markets, said the proposal.

In 2014, China saw 315 million scrap tires, less than 10 percent of which were retreaded, compared to an over 90 percent rate in developed markets.

CRIA is now aiming for a 67 percent jump in retreaded tire production to 2.5 million sets by 2020, with a steady rise for regenerated rubber and rubber powder to 6 million tons and 800,000 tons.

The ratio of exports and overseas factory sales in total sales of rubber recycling products from 2016-20 is expected to double to 25 percent.

CRIA also expects all products in the sector to meet the requirement of EU REACH restriction in heavy metals and PAHs.

Export prices, currently at 90 percent of import prices, likely will be raised to match the latter.