The UK reprocessed 479,000 tonnes of waste tyre materials in 2009, according to the European Tyre & Rubber Manufacturers’ Association (ETRMA), only Germany, which has approximately 30% more vehicles than the UK, recycled more tyres in 2009 with 571,000 tonnes.

A combination of successful partnerships, participation and proactive involvement from many organisations across the tyre and reprocessing industries has been critical to the success of the UK’s tyre recycling programme. 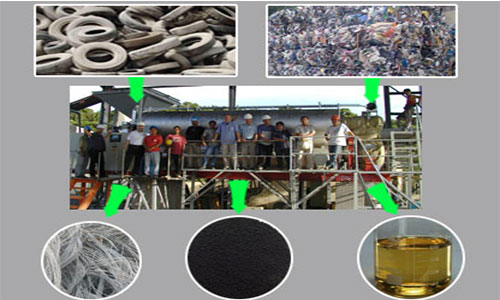 This was one of the key messages delivered at the recent Tyre Recovery Association (TRA) annual forum, where delegates heard how the UK continues to meet the EU’s Landfill Directive which bans the disposal of tyres in landfill sites.

Furthermore, it was said that this success has been achieved through a completely market-based approach. Several other key themes also emerged regarding how the industry must adapt over the coming years.

The ETRMA outlined the main trends within Europe regarding tyre recycling including the evolution of end of life tyre recovery routes. For example, 40% of end of life tyres are now used for energy recovery. The association also outlined how a scarcity and high cost of raw materials will mean the industry has to face the challenge of turning even more waste tyres into a useful resource.

Meanwhile, tyre retailer HiQ emphasised why tyre retailers need to improve how they communicate and educate their customers about their recycling efforts. It also explained how its network of 150 outlets manage this through both push and pull tactics such as franchise standards and point of sale materials.