Mr. Taylor did not elaborate on Titan’s plans for either potential project, other than to mention in a Q&A session with financial analysts that Titan has signed a confidentially agreement in Brazil covering a potential acquisition.

Wheel manufacturing is a core business unit within Titan — the company was founded in the 1980s as a wheel maker and added tire manufacturing as a second revenue stream in 1993 — although the company does not break down its sales between wheels and tires. 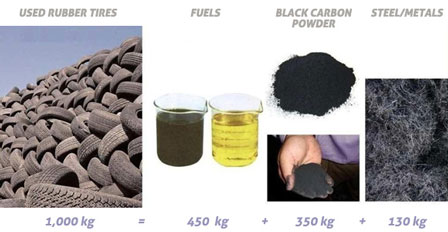 Titan’s wheel plant in Aydin, Turkey, is one of 18 plants the company lists under its wheel business assets. Titan notes that the plant, operating as Titan Asia A.S., produces wheels for the Turkish agricultural market and is “positioned to support the growing markets in Eastern Europe and the former Soviet Bloc.”

Titan produces farm tires in Russia through its Voltyre-Prom subsidiary, acquired in 2013.

Mr. Taylor also said Titan expects its Titan Tire Reclamation unit — a pyrolysis subsidiary in the Canadian oil sands set up to reclaim rubber, carbon black and steel from OTR tires and conveyor belting — to be operating by April 2016. The company claimed in 2013 it expects its recycling activities to generate $250 million or more a year in revenue from the sale of reclaimed oil, carbon black and steel.

Titan said construction has begun on the unit’s site near Fort McMurry, Alberta, and equipment is being shipped there. Titan has not disclosed its investment in the unit.