Planning and Zoning Commission (P&Z) members are reviewing an industrial firm’s modified proposal for new zoning regulations, which would potentially allow it to handle and process scrap tires at an industrial building on High Bridge Road.

The P&Z held a public hearing on January 15 on MAAK Environmental Corporation’s regulatory proposal for new zoning rules, which would allow solid waste facilities for the storage and recycling of scrap tires in a M-1 (Industrial) zone, such as the zone that exists at an industrial building at 40 High Bridge Road.

An earlier, broader version of the tire-handling proposal proved controversial among High Bridge Road area residents and property owners, who strongly opposed the regulatory proposal on various grounds, including the potential for tire fires, which are difficult to extinguish. They also raised concerns about the potential for air pollution, water pollution, industrial noise, and traffic. 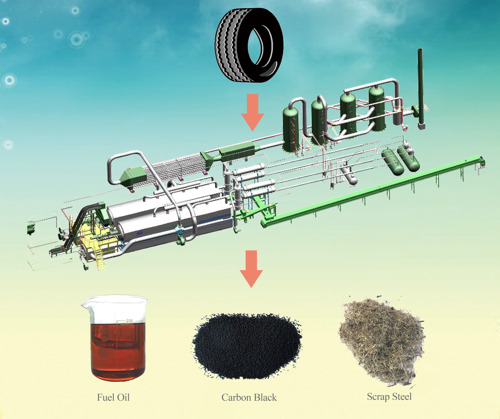 The current version of tire handling proposal under review by the P&Z would limit activity to shipping whole scrap tires to a site, shredding them there, baling the shredded rubber, and then shipping it out for further processing elsewhere. The current version of the proposal would not involve extracting byproducts from those tires, as had been earlier proposed by MAAK.

P&Z member Jim Swift said the proposed operation, which would handle 1,000 tires daily, might eventually grow into an operation that is much larger.

The High Bridge Road area is residential and is unsuitable for such a tire handling use, he said. The roads in the area are not suitable for industrial traffic, he said. “This a is major concern,” Mr Swift said.

Moses Velez, president of MAAK, responded that the High Bridge Road site would not become dump-like.

P&Z member Donald Mitchell said he is concerned about the potential for various other types of solid waste, besides scrap tires, being handled at such facilities in the future.

During the public comment section of the January 15 public hearing on MAAK’s regulatory proposal, Todd Bobowick of 1 Rowledge Pond Road said that the type of activity proposed by MAAK is not in accord with the 2014 Town Plan of Conservation and Development.

“You’re significantly opening Pandora’s Box in terms of solid waste processing,” he said of the proposal.

Handling 1,000 tires daily at a facility represents handling 330 cubic yards of solid waste daily, representing much truck traffic, he said. MAAK has said that only one truck would travel to and from the site daily.

Mr Bobowick also raised issues about the potential for the contamination of underground water supplies. The site is in an aquifer recharge area.

Mr Velez responded that a master plan for the facility would be put in place, suitably addressing the various concerns that have surfaced about the proposal.

Mr Mitchell, who is a land use attorney, said he wants to review applicable state law as its pertains to MAAK’s proposal to the P&Z. Mr Mitchell said he would research whether a zoning commission is legally able to prohibit solid waste handling facilities, such as the one proposed by MAAK.

The P&Z hearing on the MAAK proposal is scheduled to resume on February 5.

The six-acre 40 High Bridge Road site where MAAK would do business holds a 59,000-square-foot industrial building that was constructed in 1965. It formerly housed Make-A-Home Foundation, Inc, which has moved its operations to Waterbury.