A new machine is helping reduce large piles of tires found throughout the island.

Bob Perron, president of Guahan Waste Control, said the company wanted to invest in a tire shredder because tires were piling up all across the island with no place to dispose of them. 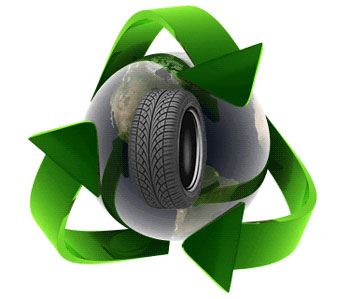 Perron said the machine can shred about 1,200 passenger tires in an hour and about 300 truck tires. The tires go through the fast-moving machine and churns out 2-inch, or smaller, pieces of rubber, he said.

This rubber can be used for a variety of purposes, he said. It can be shipped off island in different markets in Asia for cement kilns and steel plants to replace coal for generating heat. It can also be broken down more to be used in roadways and playgrounds, among other things, he said.

The company also is trying to use the pieces locally. Some of it is being used for the Ordot dump closure project; the pieces are being used in some trenches that are there for the pipes.

The company also is looking at the chips being used for filtration in place of gravel or drain rock to filter the liquids that go through them.

Perron estimates there are thousands of tires around the island. Many places have large piles stacked up high because Guam didn’t have a way to dispose of them properly.

Guahan Waste Control invested about $1 million for the shredder, he said.

The tire shredder fits what the company already does, which is waste control and recycling.

“It fits in what we do. We wanted to help alleviate this problem,” he said.

The company has been collecting tires from commercial tire shops, helping them reduce the size of their piles, he said.

Perron said because there are so many tires on island, it will take a few months for the company to reduce the piles. He estimates the island generates about 15,000 tires a month.

The tires create fire hazards and provide places for mosquitos to breed, he said, so getting rid of them will be beneficial for the island.

Residents who want to dispose of their tires can take them to Guahan Waste Control’s office in Harmon. The company is taking regular size tires for $4 and large truck tires for $14, he said.