AN Australian company with a world-first method for recycling tyres has found it easier to raise capital overseas because local investors have grown cool on green technology in the current political climate.

Green Distillation Technologies (GDT) is about to open its first plant in central NSW, and has already committed to building a second plant in regional Tasmania, at a cost of $8.5 million.

GDT is an unlisted public company formed to commercialise an innovation that converts tyres back into carbon, oil and steel, without producing emissions. Australia produces 24 million end-of-life tyres every year and most of them are burnt, buried or dumped. 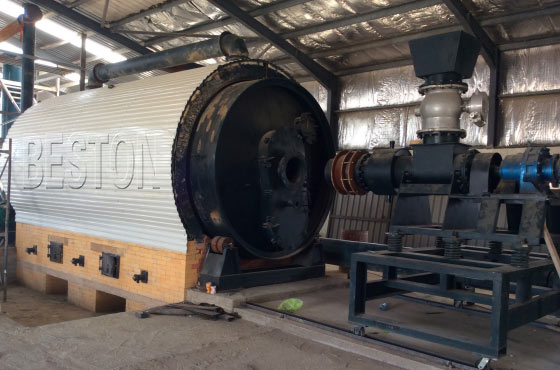 GDT chief executive Craig Dunn says most attempts to recycle tyres involve reshaping the rubber, with a small percentage crumbled into synthetic grass. “No one else has done anything like this anywhere in the world,” Dunn says. “Australia has a terrible record for dealing with tyres. Most of them were previously landfill or exported for use in brick or cement kilns where they’re burnt raw in poorer countries like Malaysia and China.”Tyres emit toxic fumes when burned and Dunn points out that Australia’s huge stockpiles – like the one in Stawell, Victoria, with nine million tyres – would cause an “environmental disaster” if they ever caught fire.

GDT has land and planning permissions to build a recycling plant in Stawell, but this is on hold pending funding. However, GDT committed last week to constructing a recycling plant in Longford, Tasmania, where there is a stockpile of 1.3 million tyres. The plant will be operational next year, and provide employment for nine to 12 people. It will be almost identical to GDT’s plant in Warren, NSW, which is due to come online in August. Both the Longford and Warren plants will each have the capacity to recycle 19,000 tonnes of tyres per year – equivalent to 658,000 mixed car, four-wheel drive and truck tyres.

GDT has been running pilot projects in Warren since 2009, including a commercially capable plant for testing purposes for the past two years. Dunn expects it will become easier to secure investment once the Warren plant, at a larger site than the test facility, is operating but notes that the decrease in risk would be reflected by an increase in price for investors.

The recycling process converts the tyres to 40 per cent carbon, 35 per cent oil and 15 per cent steel by weight and when the Warren plant is commissioned, GDT will sell the final products for the first time.

The company was founded by the inventor, Denis Randall, and Carbon Black Investments and has raised about $14 million from private equity sources since 2009, Dunn says.

In its current round, GDT is seeking $12 million to build more recycling plants and has secured $2 million so far.

Meanwhile, GDT is conducting a separate $US35 million raise to build waste tyre recycling plants in the US, and Dunn believes that funding round will close before the Australian one.

He says investors have “a real sense of sovereign risk about Australia” and the tide of uncertainty has affected the entire green sector, not just things under direct attack such as wind farms.

GDT would be potentially eligible for funding from the Clean Energy Finance Commission or the Australian Renewable Energy Agency, but Dunn had been previously advised that the tyre recycling was a lower priority than funding wind and solar projects.