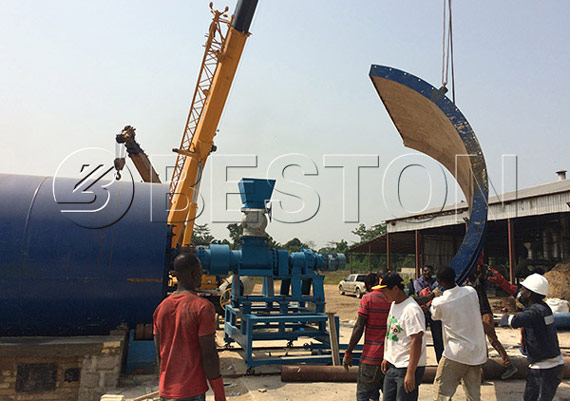 Pyrolytic technologies are not new and have a long history in the U.S. Dozens of companies have courted investors to finance plastic pyrolysis technologies. However, these companies failed to deliver economically viable, commercial-scale systems. Scaling the technology beyond bench scale proved problematic for decades, as did the quality of the fuel product. The history of this technology may cause some to be initially hesitant to invest in the technologies of today. However, the newest generation of pyrolysis plant manufacturers claim to have addressed most of those challenges, and appear poised to make the leap to commercial-scale installations. Confidence in the long-term viability of these systems is increasingly being bolstered by success stories of similar systems in other parts of the world.

While the U.S. does not have a landfill crisis, numerous mandates to increase diversion, or a particular collective ethic to find as much value in our waste streams as possible, the U.S. does have many of the same market dynamics that have made these systems a success abroad. And, North American technology manufacturers are offering a model of commercialization that utilizes these market advantages. Those positive market conditions are a consideration when evaluating optimal facility locations. First, close proximity to a collection or generation point for non-recycled scrap plastics (access to supply) is important. And if needed, proximity to a refinery (demand for product) should be considered. In many cases, systems producing a product needing additional treatment need not be located near a refinery, however the logistics for transporting the product to the refinery should beconsidered when factoring in production costs.

Two of the companies that have systems abroad have been actively seeking potential sites for systems in the U.S. These companies have had discussions with state and local governments about tax and business incentives, which can also be a compelling factor when deciding where to locate a facility. While these systems are not eligible to receive recycling grants or tax credits, there a number of other economic incentive programs that these systems may be eligible for, including job creation tax credits and potential eligibility for U.S. Department of Agriculture grants if the facility is built in a rural location.

While the U.S. generally lacks some of the economic, environmental, and policy drivers that have encouraged investment in commercialization abroad, it is important to consider the likely factors that could ultimately spur investment in North America. Some of those likely factors include: rising fuel costs; growing investment in “green” or “clean” technologies and, in particular, investment in alternative fuel production; as well as the pressure to increase the recovery of plastics.

Rising fuel costs. Fuel costs had been relatively stable over the past year; however increased political unrest in oil-producing nations has caused some price increases in 2011. For companies that have integrated waste hauling and waste sorting businesses, investment in PTF systems could be an ideal way to create a synergy between the abundant supply of non-recycled plastics being handled at MRFs and creating a long-term cost control strategy for fleet fuel costs. Alternatively, those companies looking to market the finished product from PTF facilities will be able to fetch higher prices for their product. Those companies running PTF systems that produce an oil product report the sale price of that product tracking just slightly lower than the NYMEX price of crude oil. As the price of crude rises, so could the sale price of the product, making ROI timeframe potentially shorter.

Alternative fuel. Because the health of the U.S. economy is so closely tied to fuel costs and the U.S. has little influence on the ability to control factors that contribute to those rising costs, alternative fuels are seen as an important investment. There is also a drive to produce more clean energy in the U.S.; specifically energy derived from alternative sources that do not require extraction of natural resources. Plastic to fuel technology, like the development of ethanol and bio-diesel technologies, is an alternative fuel option. However, to date much of the focus on non-traditional fuels has been on developing “renewable” fuel sources. The ethanol and bio-diesel industries have seen sizeable investments made to build capacity in these two areas. These investments are sizable in large part due to the renewable fuel standards created through government initiatives. More decision-makers are recognizing that the scope of the focus for supporting non-traditional derived fuel should be expanded to include all alternative fuel sources. Creating demand for PTF products, similar to the demand created for renewable fuels, would be a likely catalyst for investment in commercialization of this technology.

Efforts to increase the recovery of plastics. The recovery rate for commodity scrap plastics has made just incremental gains over the past ten years. In 2009, it is estimated that 28 percent of PET bottles and 29 percent of HDPE bottles were recycled in the U.S. 10 Each year, reclaimers report one of the biggest challenges to their business is the constraint presented by collection rates. In a move to increase the volume of desirable HDPE and PET plastics, many communities have adopted “all bottle,” or all plastic container collection programs. Many of the Nos. 3-7 containers that are collected in such programs are landfilled, or perhaps exported to Asia if domestic markets cannot be identified. If a stable and local solution for those Nos. 3-7 containers were available, many more communities might be able to expand to “all bottles,”or all plastic container collection system systems in an effort to increase collection of PET, HDPE, and PP.

Many communities in the U.S. have not expanded recycling programs because either the technology is not in place to effectively separate a wide variety of plastics, or communities do not want to begin to collect material for which markets are uncertain. PTF technologies could afford municipalities an end-of-life solution they need for the non-recycled plastic that would be inevitably collected when recycling programs expand in an effort to increase recovery of PET and HDPE. The move to single-stream has been shown to both increase the volumes recovered for all recyclable commodities, but contamination tends to increase as well. Once the valuable plastics have been separated from the co-mingled mix of materials, MRFs are left with piles of plastics that are not suitable for recovery. Some of these plastics are films that are too contaminated for recovery at retail outlets. While these items cannot be mechanically recycled, they are the perfect feedstock materials for PTF systems.