Editor’s note: This story has been updated to include DEP comments that its regulations do not prohibit it from issuing permits for waste tire processing plants that are located near other plants.

Glendon has given its approval to a conditional use requested by a tire recycling plant on Island Park Road.

Randy Tigar, owner of Earth First Recyling, LLC, and his attorney, Paul Harak of Bethlehem, appeared before Borough Council on Thursday night for the hearing, at which council members agreed to introducing “waste tire processing facility” to the Industrial-Office zoning district.

The borough needed to amend its ordinance to allow Tigar to run his business on a parcel on Island Park Road. The amendments spell out the particulars of what Tigar does and define the term “waste tire.” Tigar said his business turns waste tires into fuel. 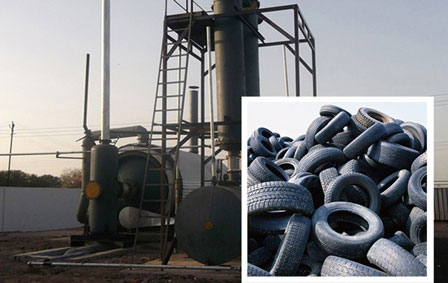 Although the question came up about what would happen if another waste tire processing plant decided to open in the other IO zoning district, on the opposite side of the borough, Tigar assured council that the DEP permit he holds wouldn’t allow it. DEP officials said they wouldn’t issue the same permit to anyone else within 100 miles of his business, he said.

“Getting these local approvals was hard, but getting a DEP permit is hard as well,” Harak said. Tigar added that as part of his DEP permit, he is bonded for cleanup of any tires on the property if anything should happen to the business.

DEP on Wednesday said it does not prohibit the agency from issuing permits for waste tire processing plants that are located near other plants.