Middlesbrough, UK based PYReco, which aims to develop an £80 million plant to recycle oil, gas, refined carbon black, and steel from end-of-life tyres on Teesside, is struggling to secure adequate investment, according to a report in the Gazette Live.

The company has previously been awarded £1 million in government funding, but is has since seen two separate deals with global investors fall through as it struggles to get the project off the ground.

According to PYReco, at the heart of its business model is the ability to recycle a high quality carbon black material from its PYReco Zerowaste Process tyre pyrolysis process, which it said cheaper technologies simply cannot achieve. 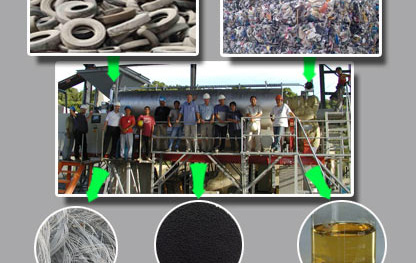 But with high technology comes a high price tag. To make such a costly facility economically viable the company said that it will require 200 tonnes of tyre shred every 24 hours – anything less will not be cost effective.

The technology has been developed by global industrial and process control equipment developer, Metso at its pyrolysis processing pilot plant facility in Pennsylvania, US.

However, according to the report, even though the project has also been entirely underwritten by Metso, it is struggling to raise the requisite finance.

The company’s bosses are reported to have put this down to “risk-averse” investors, but to also have claimed that the project is attracting new interest.

“The venture capitalists are risk-averse – this isn’t a risk project, the risk is absolutely minimal to the investor,” Noel Harasyn, co-founder of PYReco is reported to have said.

“Metso has been building pyrolysis plants on a massive scale since 1937 for the likes of Rio Tinto and Shell. All the boxes are ticked, it’s just about finding investors,” he continued. “We are attracting new interest, certainly from the Middle East but not the UK.”